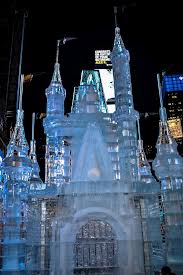 You can read about it over at the Disney Park Blog.  There are some ideas in the announcement that leave me wanting more, but it is creative if nothing else. However, I still feel that the campagin will fall short of one of my favorite campaigns in recent memory, the 'Year of a Million Dreams' back from 2007.

For those unfamiliar with the 'Year of a Million Dreams' campaign,  Disney employed a 'Dream Squad' to go into different parks and give, at random, guests a gift/reward of varying value.  You may even recall that this is when Cinderella Castle was fitted with a special and one-of-a-kind hotel room. One lucky family would be given a night in the castle each day for an entire year.

But the surprises weren't always big, they ranged from an entire group of guests receiving a free souvenir or 'Dream Fast Pass' to randomn free soft drinks, popcorn or Dole Whip.  It was clear that all Disney employees were tasked with making each and every guest's trip to the World a memorable one.  Overall, I believe this endeavor was very succesful.

Personally, I was surprised by the Dream Squad leaving Star Tours.  Our entire ride vehicle was informed, right before the attractions seat belts were released, that a Dream Squad member would be awarding us a Dream Fastpass.  The Dream Fastpass was a physical placard that could hang from your neck that had tear away tabs that could be used just like a regular Fastpasses without any restictions on time throughout the entire park.  It was a really great experience and added immensley to the "Magic." 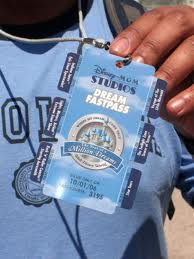 The 2013 promotion is more "niche" and loaded with character meet and greets.  While the additions will certainly appeal to some, it really only looks like they will be enjoyed if you go during a certain time of year.  The beauty of the 'Year of a Million Dreams Campaign' was that it was accessable and could apply to any guest.

In my next post, I'll try and go into a bit more detail why I like the 'Year of a Million Dreams' promotion,  but let us know you thoughts on the newest campaign at russ@mightymenofmouse.com or in the comments below.

Email ThisBlogThis!Share to TwitterShare to FacebookShare to Pinterest
Labels: dream fastpass, limited time only, News, year of a million dreams