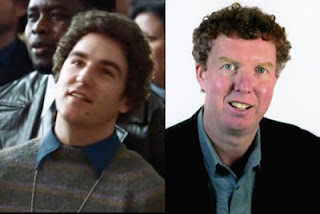 This week the team watches a movie:  Miracle.  They also follow up on Dutch's experience with the Dolphin.

Download Episode 92
Posted by Dutch Lombrowski at 8:13 PM No comments:

This week the team discusses how to handle a difficult hotel situation.  Also, a listener email.

Download Episode 90
Posted by Dutch Lombrowski at 5:40 PM No comments:

I've brought younins to Disney, but this video reminds me of the old prank where some high school kids steal a lawn ornament and take picture of it in front of landmarks.  You can tell that Junior really loved the hell out of meeting Buzz Lightyear.


Posted by Dutch Lombrowski at 5:13 PM No comments:


In Episode 89, Kip and I got into an argument over what Disney should do with Escape from Tomorrow.  I argued that Disney must take action to intervene to protect their intellectual property.  Kip argued that doing so would make for bad public relations.

My follow up question:  How would suing these chuckle heads be bad PR?  Look at this:

This looks terrible.  It looks like that guy is ready to do something horrible in that pool if he doesn't stop peeping those French girls.

Kip's only counter would be that it would draw extra attention to the movie.  Hasn't that already happened?  The New York Times and New Yorker are kind of famous papers.  Blogs about the movie are already all over the internet.

How can you say that there would be bad PR for protecting your rights when weighed against all the negatives.
Posted by Dutch Lombrowski at 10:52 AM No comments: